These waves were the last ones Ricochet will surf in her lifetime
thanks to the assistance of Jose Martinez, an adaptive surfing gold medalist. 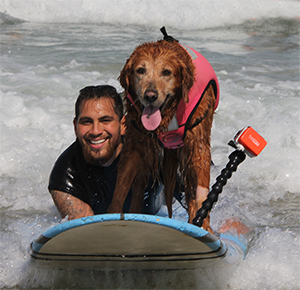 The Tides have turned and now 14 ½ year old Surf Dog Ricochet needed help catching her final wave this past Saturday due to cancer and other health issues.

“I thought Ricochet might catch a wave or two, but she kept going. She was so happy. It was a beautiful ending to a beautiful surfing story. It’s like her story came full circle… she helped so many others catch waves all these years, and when she needed help, who better than Jose”, said Judy Fridono, Ricochet‘s guardian.

Ricochet became the first-ever canine-assisted surf therapy and adaptive surfing dog in 2009 when she jumped on the board of a 14-year-old boy with a spinal cord injury. Since then, she has surfed with hundreds and hundreds of kids with special needs, wounded warriors, veterans with PTSD, pro surfers and even a goat!

Ricochet was also one of the first canine surfers who started the whole surf dog circuit. She would place 1st, 2nd or 3rd in surf dog contests when she competed.

Martinez became a triple amputee after stepping on a 60-pound improvised explosive device (IED) meant for a vehicle in Afghanistan in 2012. The force of the blast threw him in the air and instantly amputated both his legs, right arm, a finger on his left hand and some internal organs.

In 2014, Martinez was introduced to surfing as part of his rehabilitation with the Naval Medical Center San Diego. He didn’t surf prior to his accident, but now he says he can’t imagine life without it. He has become a dynamic competitor and respected athlete with impressive results in both local, national and international adaptive surfing competitions.

Earlier this year, Ricochet had a fast-growing soft tissue sarcoma (cancer) removed from her right side. Part of the incision didn’t heal for seven weeks. As such, she lost strength in her hind legs and has been in rehab ever since.

In addition, she was recently diagnosed with kidney disease, and an ultrasound last week showed a mass in her liver. The subsequent CT confirmed that the mass is liver cancer. She will be seeing an Oncologist later this week.

She also has arthritis in her spine, most likely from surfing with so many kids all these years who held onto her back end for stability.

Ricochet started on the ground floor of adaptive surfing and has been involved in the movement ever since. Her roots are part of her legacy and commitment to helping service members and veterans with PTSD, as well as wounded warriors and adaptive surfers both as a therapy dog and a surf therapy dog. 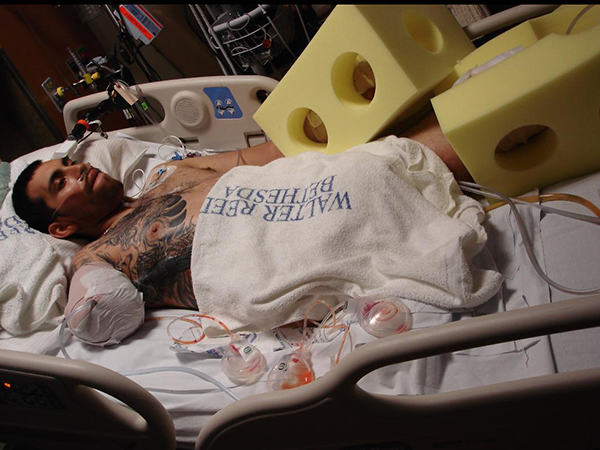 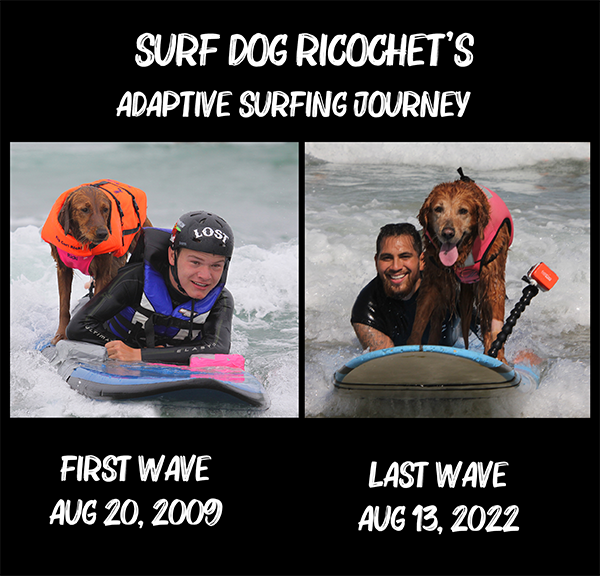 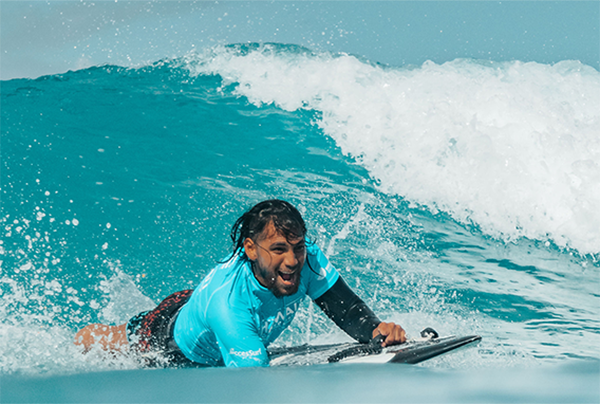 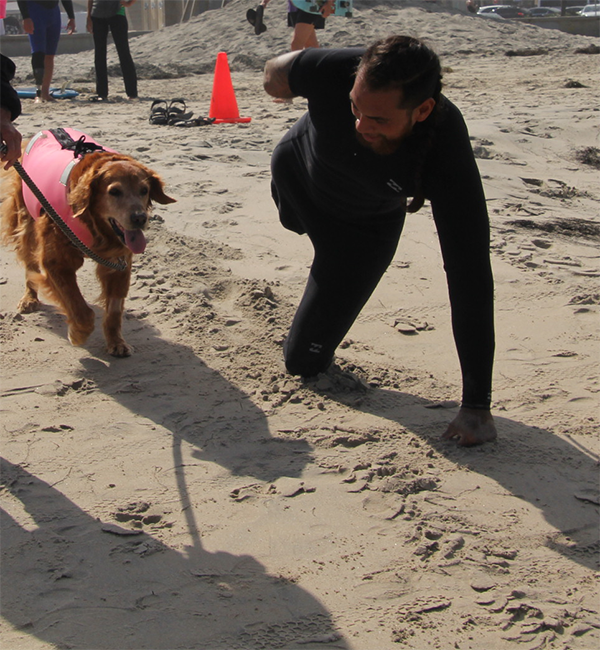 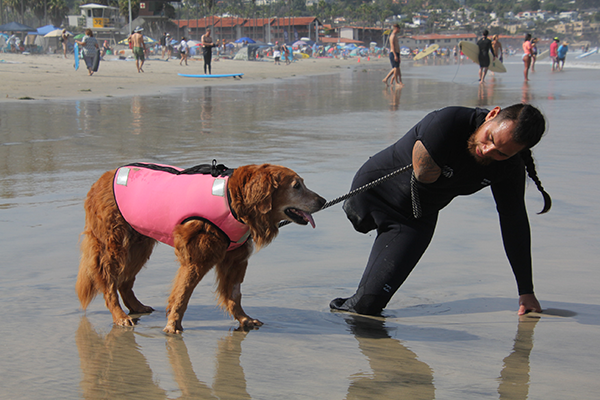 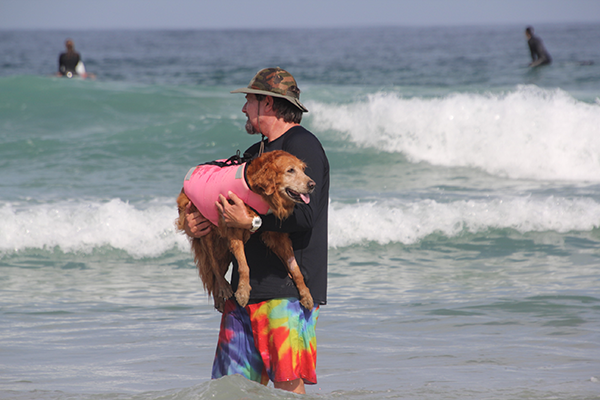 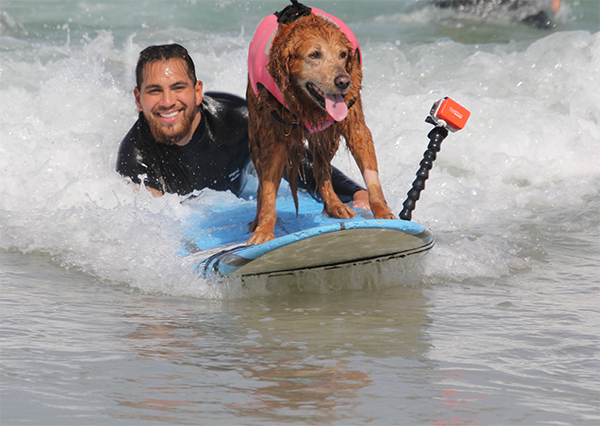 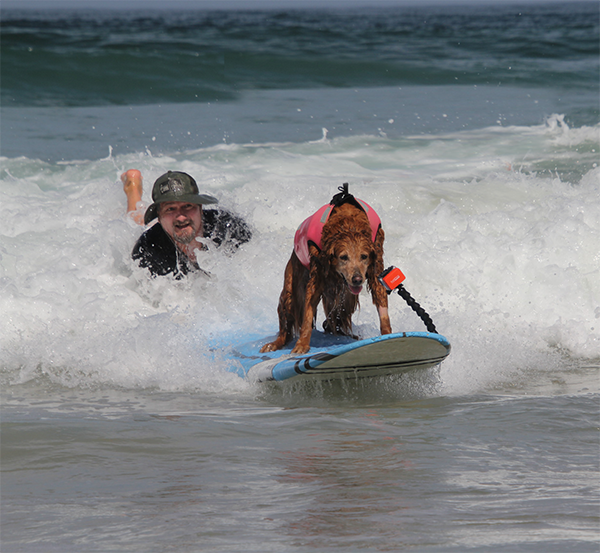 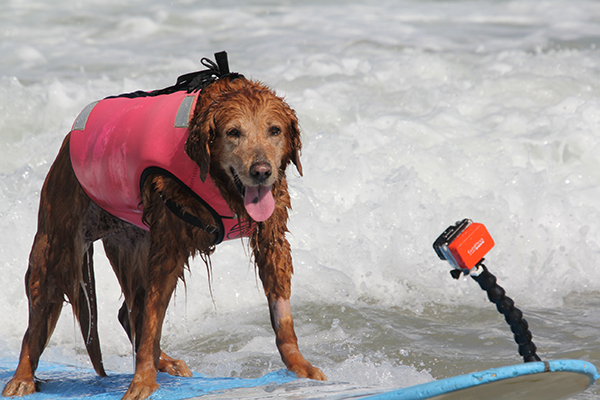