Dog cast in new ‘Prey’ movie had no prior training

If you’re a fan of Prey, then you know that the film is full of twists and turns, and it’s not just the humans who are keeping you on your toes. When Hulu’s new sci-fi series Prey came out this month, fans were quick to notice that the main character, Sarii, has a loyal dog companion by her side throughout most of the show.

The dog—played by Coco, an American Dingo—is not just there for comic relief or to provide emotional support: She’s also integral to the plot.

Prey is a film about a girl Naru, who is fighting to protect her tribe against aliens who is after humans on earth. She is a fierce hunter and throughout the movie, also relies on her canine sidekick, Sarii.

According to Midthunder, Coco was specifically adopted for this film without any training! As you can imagine, having a dog on set that is not trained came with some difficulties.

“She was a little bit of a hot mess – but in a sweet way,” Midthuner told Dexerto. “She was not a movie dog, she was literally adopted to be in this movie, and she just happened to be very high-energy.

“She was such a delight to have around, she was so fun and very playful. And then it would be time to do stuff… sometimes she’d do it, sometimes she wouldn’t. But obviously, it all ended up fine, because she was great, and everybody loves her.”

According to the director Dan Trachtenberg, they had always planned on Sarii being in the movie, however, by the end he was surprised to see how much they would include Sarii in the movie.

At Pets on Q, we are no strangers to working with rescued and shelter animals on set and know the difficulties of having a dog, cat, horse or rat that may not like the attention. We have found determining the temperament of that animal is critical to their success on set. Coco was a delight to be around making her a good candidate to be around strange looking camera equipment, lighting and actors.

When selecting the animals, we also look for trainability along with their connection to a handler. At Pets on Q the entire team gets excited when we have the ability to rescue an animal(s) from a shelter or rescue group. It not only gives production a great story and a feel-good vibe on set. It gives that rescue group or shelter exposure to their other animals as well!

We applaud any production who works with rescues and shelters to put their animals on the big screen. The patience it takes the handlers to work with the right animal is also an amazing feat. Congratulations on an amazing movie and story. 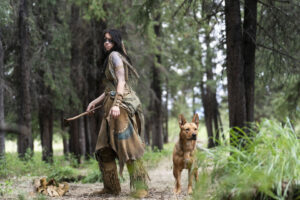 We are so pleased to finally be able to share the news that Colleen, Melissa, Pets on Q and a slew of amazing animals and brands are all going to be featured in the new reality series Pet Stars, premiering on Netflix on April 30th, 2021!  The trailer officially airs next week! If you search for “Pet Stars” on your Netflix account, you can see a preview now.

NETFLIX – “Follow the ladies behind talent management Pets on Q, Melissa and Colleen, as they work with the biggest animal influencers on social media. This pair handles Hollywood’s cutest, most high-maintenance animal clients — top hats, treats and poop to boot. Their mission centers around making the world a better place, one animal at a time, and throughout the episodes, viewers not only get to see how they run their business securing partnerships for pets, but also how they work with rescues to highlight animals in need of a better life! Whether it’s a business opportunity or a life-changing new home, their first love (and priority) are the animals.”

It has been a long time coming, and many people have asked us just how we got here, and what our plans are for the future. To be honest, it seems as though hard work has met with luck and opportunity in our case, and we couldn’t be happier about it.

So here we are, the show premiere is less than a month away and we are working hard to make sure that both the business, and we as individuals, are prepared.  We aren’t entirely sure just what to prepare for, to be honest, but we are very excited to find out! As we look towards the future of Pets on Q, we are very excited to see what comes next. Our love for animals and the idea of making the world a better place, one animal at a time, is always first and foremost and we cannot wait to share it with all of you!

Please join us next week on the Pets on Q Instagram page as Colleen and I get together to do a LIVE broadcast and watch Netflix’s official Pet Stars trailer when it debuts on YouTube!  Then stay tuned for a live Q and A right afterwards! Comment below with questions for us to answer in the live! 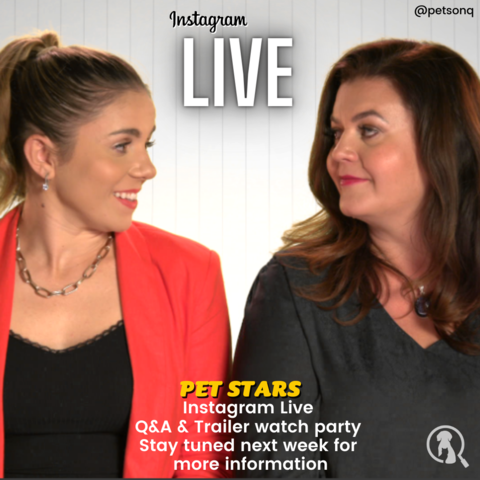 Follow along with upcoming press on the show HERE

You won’t want to miss it!